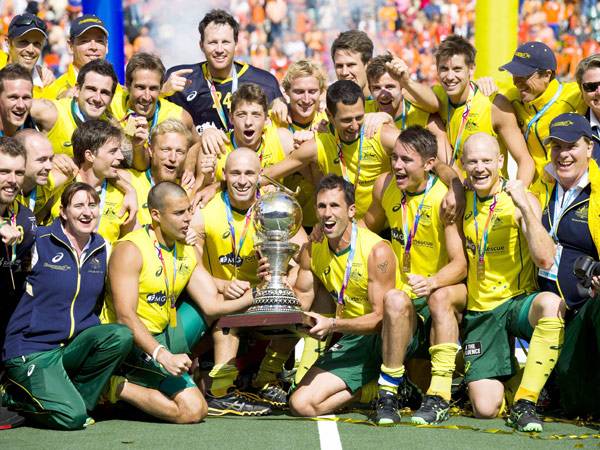 From Sydney to Rotterdam – a sporting journey

POSTED BY: Head of Extra Curricular PE, Tom Archer, spoke to Angus Baird who has recently swapped the beaches of Sydney for the hockey pitches of The Netherlands in his pursuit of glory 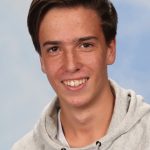 What are your strengths as a player?: I am a good attacking player always looking for an opportunity to score. I have a nice backhand shot, strong passing and my 3D skills are my strengths.

How did you get involved in Hockey?: I used to play football, however when I was 6 my dad suggested we try hockey since he played and I’ve played ever since! 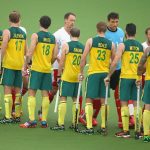 The Australian hockey team known as the Kookaburras

Where did you first begin playing? Glebe Hockey Club in Sydney, Australia

How did you start playing for HGC/Rotterdam?: When I moved to Holland we wanted to live in a place near school and work for my dad however it had to be a good hockey club, so HC Rotterdam was the choice. We had a few people we knew from Australia who played with or against them and said they were top class so we decided to join.

Who has been your toughest opponent to play against? Pinoke or Kampong

Who is your role model and why? I’d have to say Jake Whetton or Jeroen Hertzberger because they are both dynamic hard working strikers, who like me are also short, and we seem to play a really similar game. So I look up to them for inspiration and also other ways to improve my game. 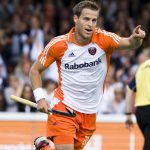 What is your proudest moment? I would have to say I have a few. From Holland – Making the National Indoor final and playing that on my Birthday was really amazing, bit of a shame we lost in shootouts but nevertheless. In Australia winning the National Indoor championship was an awesome experience as it was the last time I was going to play with those boys before I moved here.

How has the BSN helped your progress in and outside of school? The BSN has allowed me to develop as a person and academically, sporting wise they have been pretty nice with allowing me to have extra time if required for homework assignments because of my sporting commitments.

What are your aspirations for the future? I would love to play 1st mens team for HC Rotterdam, and to play for Australia would be absolutely amazing. Outside of hockey I would like to become a commercial lawyer.

What does an average training schedule look like for you? We start with a quality warm up then normally move into a possession game however recently the strikers have been doing individual work with the coaching during this time! After this we will probably move into a flow through drill to get everyone going. Then specific game play or situations play like 5v4 and we always finish off with a game.

Do you have to work on your fitness away from the club? Not during the season since we train so regularly and pretty hard but definitely in the off season we need to complete programmes our coach sends to ensure we are the fittest team in the competition.

Where do you see yourself in 5 years’ time? No clue, hopefully having completed my university degree and in the Rotterdam 1st team, or possibly even back in Australia.

Do you have to follow a diet? Not exactly, however its still important to eat the right foods and stuff to ensure you have enough energy and you can recover well.