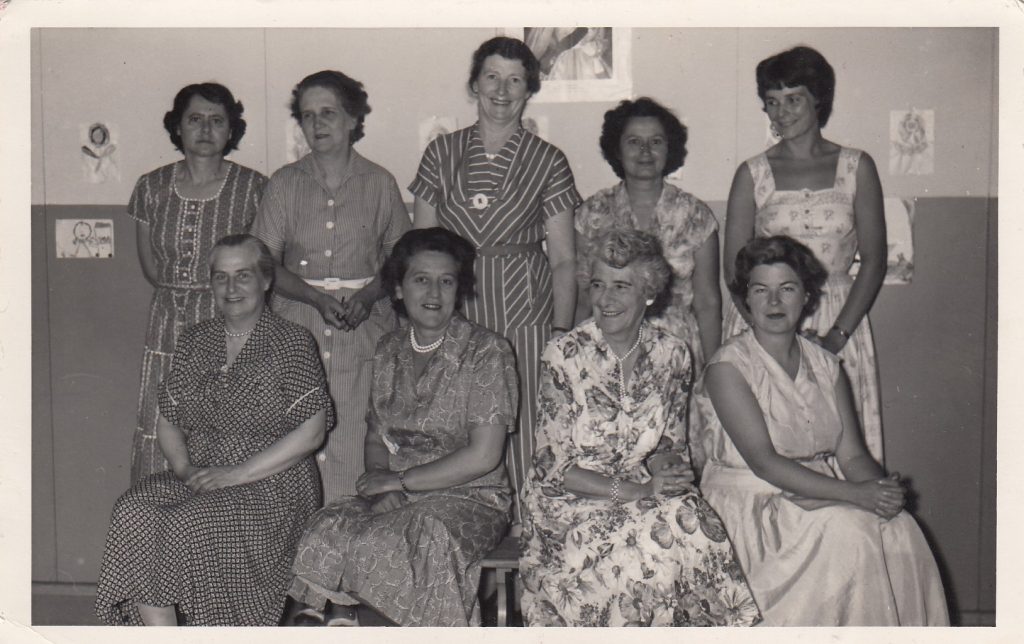 Stories from the Archives: The tree can only ever be as strong as its roots

Stories from the Archives: The Tree Can Only Ever Be As Strong As Its Roots

I intended last week’s posting to be the final Story from the Archives. The pre-war period had been covered, the war had taken place, and a link had been made to the re-opening of the school by Nancy Macdona after the war. That was the point I had intended to reach. But I have changed my mind. I want to say a bit more about Nancy and some of the other early teachers and see what the BSN of 2017 has in common with the tiny English School of 1948.

First of all a detail needs clearing up. I said in an earlier story that it was because of somebody’s faulty memory that for a long time the year of the school’s foundation had been given as 1935. It was Nancy’s memory. She had been invited to join the staff of the school in 1935 but forgot (or perhaps never knew) that it had already been in operation for four years. What happened in 1935 was that its name was changed from The English Kindergarten and Preparatory School to The English School in The Hague but it was basically the same school as in 1931.

So that’s that dealt with. Now down to some observations I want to make. I met Nancy when she was already an old lady and had regular contact with her until the time of her death, aged 90, in 1985. I was very fond of her and was also impressed again and again by the strength of her belief in certain things. I was able to understand what a driving force she must have been in getting the school started again in 1948. Firstly she believed that every single child is an individual with varying talents and abilities that must be discovered and fostered. And secondly she believed that international understanding can only come about by education of the young in an environment in which differences of race, creed and colour are accepted as normal and good. She often referred to the school as ‘ my Miniature United Nations ’ and expressed her feelings as follows in a broadcast on the BBC radio programme Woman’s Hour in 1952: “Presently when the little Norwegians, Argentines, Americans and Swedes will be returning to their own countries, and later when their paths become earnest as they go to and fro through another world, perhaps something will remain of that wonderful unity in the The English School in The Hague. It might be that an ex-pupil grown up in the diplomatic world, representative of a nation and at loggerheads with another will suddenly realise, “Why! That is Carl the Norwegian boy I played with or Akio from Japan who gave me some of his sweets in school.” And that small memory may bring to pass that the seed of international friendship was sown at the English School in The Hague.” “

I should now like to make the following point: the school was started by Gwen Brunton-Jones (who I hope you will remember). It was re-started by Nancy Macdona. She was followed at the helm in 1953 by one Phyllis Donaldson who in turn developed the school enormously. All three of them were supported by small numbers of lady teachers. Unlike most independent and international schools the BSN was not founded by powerful people, by a corporation, a guild, a group of rich local worthies, a well-endowed church, a sectarian body. It had no financial or other support from either the British or the Dutch governments. It didn’t even have its own buildings. We owe our beginnings not to men but to women, to a few old fashioned school marms with all the virtues that implies – of open mindedness, firmness and fairness but above all love for their children; a few ladies who were prepared to work (in some cases for little or no pay) for nothing other than the pleasure of helping children to grow up along the right lines, making the best of themselves and respecting other children. That was the simple ethos of the tiny English School in The Hague and as the school grew, as new pupils and staff joined, they were affected by that ethos and in turn strengthened it. And even as the school expanded from kindergarten and primary through to secondary, amazingly it was still only ladies that joined the staff. The English School in The Hague was 28 years old before it employed its first male teacher (Geoffrey Flowers) in 1959; and it was 40 years old before the first male Principal (Cornelius Buckley) was appointed in 1971.

So what am I trying to say? Well, I have painted what might be seen as an over-sentimentalised picture of a school founded on love, respect, open-mindedness and internationalism and run entirely by women. I could be accused of mawkishness and wishful rambling. Then I would say this: on three occasions in those early days the school, was inspected. Many shortcomings were noted, mainly to do with lack of space and facilities and unqualified staff, but during each inspection admiration was expressed for the wonderful atmosphere in the school and the warm relationship between the children and their teachers. And for myself, I arrived at the school in 1972 from an excellent job at one of the UK’s top Independent Schools and was told by friends, family and colleagues alike that I must be mad throwing all that away in order to work in a cramped, academically weak, financially hard-up, unknown school without even any proper school buildings, just three inadequately adapted houses. I intended to stay for two years but I knew not too long after arriving that of the five schools I had already taught at, in England and Germany, this one was by far the happiest. The potential was there for something truly worthwhile to develop given half a chance. Now I am in my 46th year and the school has developed. It has developed more than we at that time could ever have imagined. And I firmly believe that it owes much of what it has become to the decent, rock- solid foundation laid by those ladies many years ago. The tree can only ever be as strong as its roots.

In case you missed it, you can read the last instalment of  Stories from the Archives: From Tiny Acorns Mighty Oaks Do Grow