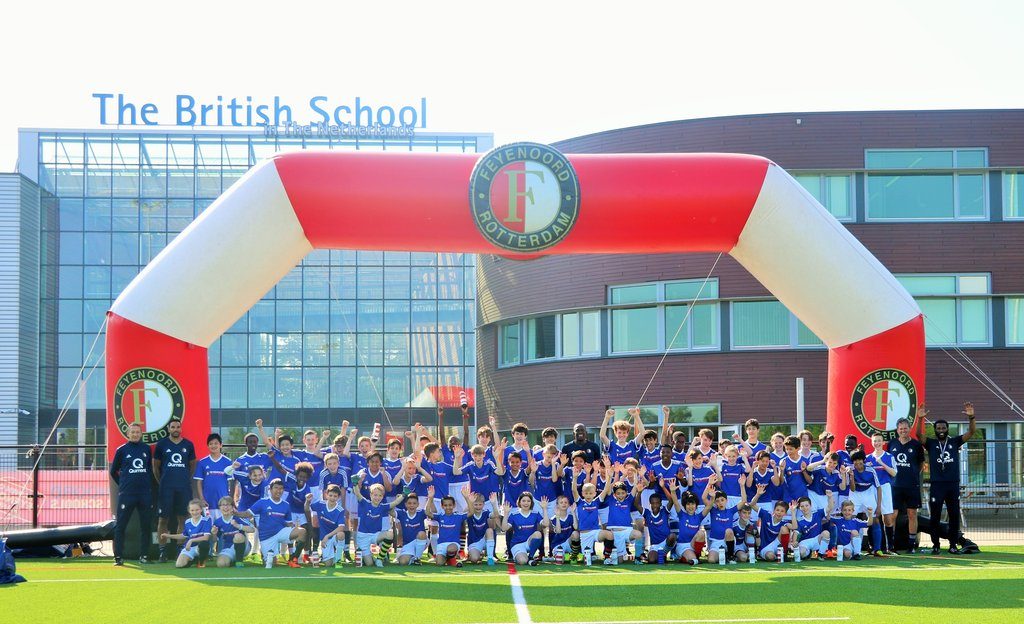 Feyenoord Soccer Camp at the BSN

For three days during the half-term break, the BSN hosted its inaugural Feyenoord Soccer Camp.  The camp offered 63 male and female students from across the BSN the opportunity to receive top class coaching from ex-Feyenoord stars.  This was the first Soccer Camp that Feyenoord had run at a school.

Under the leadership of retired Nigerian National Team and Feyenoord striker Michael Obiku, the students took part in a variety of activities, including measuring how powerfully they could shoot the ball and the ‘back of the net’ challenge, alongside some more technical practices.

Underneath the scorching spring sunshine, the students worked hard to improve their skills and impress the coaches.  The camp culminated with a day of fun where students were given the chance to test their skills against one another. Ultimately, two teams were crowned the champions of a mini-tournament to finish off the session.

Participating in a camp such as this helps deepen students’ love for the game, and exposes them to different coaching styles and techniques from influential players who share experience and skills with the students. We’re looking forward to offering more similar opportunities for students in the future!