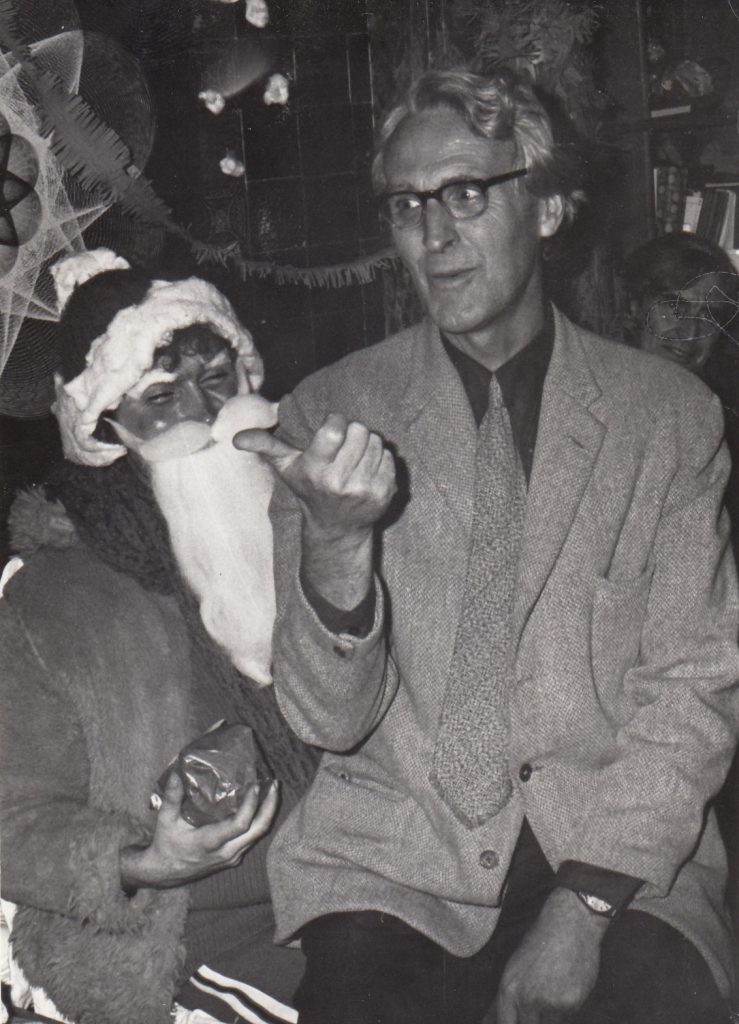 Stories from the Archives: Parkweg 17 – and a remarkable man

Stories from the Archives: Parkweg 17 – and a remarkable man

I want to tell you about a remarkable man. His name was Bob Carrington and he was Headmaster of the Senior School from 1968 until 1979.

I first met him in 1972. I had arrived in The Hague late in August and, on my first day, went looking for the school. It turned out to be a large and attractive old house, Parkweg 17, Scheveningen, not exactly what I would have thought of as a school, and it was of course closed. Except that through the broad front windows I caught sight of someone, a tall white-haired gentleman, moving around amongst some shelves of books. It was typical of Bob that he should be patching up old books (in a school that didn’t have too many pennies to rub together) and that he should be doing it during the holidays when everyone else was away. This tall, white-haired gentleman, over the next decade, was to become one of my closest friends and (before the term even existed) my role-model. He was also to make a deep and lasting impression on the school. Here is how it all happened. 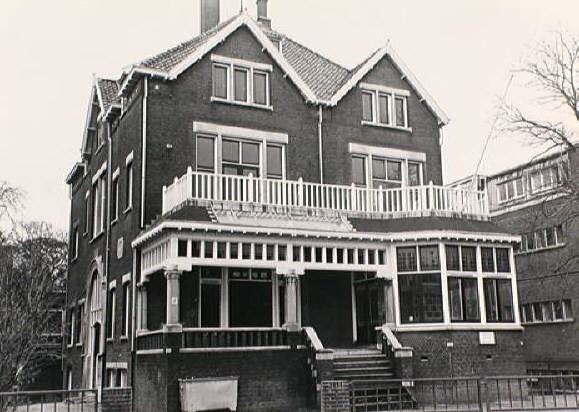 The English School at the Hague location at Parkweg 17

The second half of the 1960s and the early 1970s were a turbulent time in the world of education, a time of upheaval and fundamental change. The swinging sixties, the generation gap, hippies, the Beatles, student protests and riots around Europe. Out with the old values and in with the new. Boys with long hair and girls with short skirts. That was the setting, time-wise. As for location, take The Netherlands, then without a shadow of doubt the most liberal country in Europe. Against those backgrounds imagine a school. A very unusual school. The only school in The Netherlands with a uniform. A British school. Introduce into its Senior Division lots of teenagers from all over the world, from all sorts of cultures, and backgrounds and with varying degrees of fluency in the English language. Gradually increase the number until the building is seriously overcrowded. Recruit a teaching staff who are young and inexperienced. (I was the oldest teacher. I was 29.) Finally put in charge of the whole set-up a white-haired Englishman, not far from retirement age, one of the old school, a chap who was at Cambridge before the War, a good egg, a classical musician, an ex-public school headmaster no less, a firm believer in the old values and traditions.

Then light the fuse and retire immediately. Explosion imminent.

Instead the opposite happened. An atmosphere developed in that old building that was quite delightful. I have written about this in earlier Stories from the Archives so will not labour the point. Suffice to say that when the inspectors came a–visiting, although (quite rightly) they pointed out much that was lacking in the school, they also commented on the exceptionally good staff-pupil relations and the remarkably happy atmosphere. Even allowing for the gilding alchemy of memory I can recall only good times – like the Sixth Form organising a thank you party for their teachers (champagne and strawberries) in nearby Westbroek Park. I loved it. And so did countless alumni. I won’t say that it was all because of Bob, there were various contributory factors, but ultimately he it was, rather than anyone or anything else, that shaped the early Senior School by the sheer force of his personality and the way he tackled the school’s problems. Predictably, given his age and educational background (English public school), he insisted on the highest standards in both work and behaviour. Laziness, scruffiness, sloppiness, bullying and bad manners were not tolerated. Pupils (and staff) coming from many different cultural and ethnic backgrounds knew, within a short time, exactly where they stood. They knew the rules. And, in a potentially amorphous, confusing school-body that was still establishing its own identity, this was of vital importance.

Bob could be strict, imperious even, but ultimately he always had the well-being and interests of his pupils at heart. And everyone knew that. In his letter of application to the school, written in 1968, the peak year for student protests in Europe, he wrote:

“I hope I may be of further service to young people for some time yet. I am particularly interested in helping them to establish themselves in the fast-changing and confusing world in which they will have to live by running discussion groups and by being ever available to them if they want to come and talk.”

For those days this was a surprisingly open and informal way of going about things, and it worked. People did go to him and he did listen. Although ultimately he took the decisions – and he certainly did not shy away from taking decisions – he listened to what people had to say and bore their opinions, their problems, their concerns in mind. He helped me more than once with school-related personal matters and, because of my relative youth, often asked me what I thought the students felt about certain troublesome issues, and what did I feel would be the best way to proceed? One of my proudest possessions is a book on bird-watching (a shared interest) that he gave me bearing the inscription:

Mike
In gratitude for all your support and wise advice.
Bob
Sept. 1977

The Pursuit of Excellence 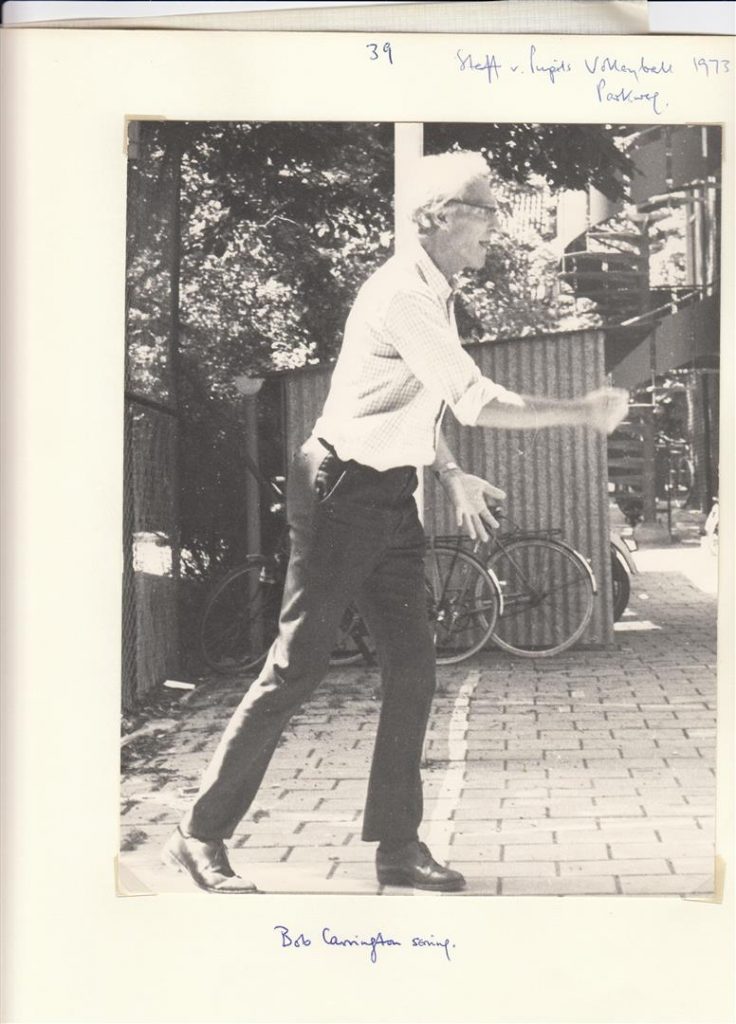 He believed in the pursuit of excellence, whether academic, sporting or in extra curricular activities; but he also believed in parity of esteem. A Chinese boy struggling with the English language and still scraping a couple of O Level passes received as much encouragement, support and heartfelt praise as a successful Oxbridge candidate. And that fairness of character made him respected and very well-liked.

I remember also the way he participated in almost every aspect of school life. The photos I have attached show him aged 60, serving in a staff versus students volleyball match and singing in his fine baritone voice at a Sixth Form and staff Christmas party. Poor Bob – those Sixth Form and staff parties! The blaring pop music with the bass turned up full, for a man who had been a choral scholar at King’s College, Cambridge and had a deep love of classical music. Yet he always attended, never complained and was never the first to leave.

In 1968, when Bob joined the school, pupil numbers were just over 400. By the time he left in 1979 The English School at The Hague had become The British School in The Netherlands. It was an H.M.C. school with an impressive academic record. Pupil numbers had risen to 1100 and the Senior Division was housed in extensive new premises, opened by royalty out at Voorschoten. In 1985, six years after he had retired, when the school celebrated its fiftieth anniversary with another royal visit, it went without saying that among the guests of honour and VIPs should be his familiar towering figure with its shock of silvery hair. And it is a mark of the gratitude and affection he inspired that in 1994, on the occasion of his 80th birthday (and fifteen years after he had retired), all those members of staff who could remember him – now middle-aged men and women whom he had helped at the beginning of their careers – joined together to send him messages and gifts. He was, and not just physically, a man above the common run.

Bob is now long since gone but his delightful young wife, Liese, is still alive, though in advanced years. She will be reading this. We are still in touch and she knows I am still working at the school 46 years after I began. I wish Bob did. It’s partly thanks to him.