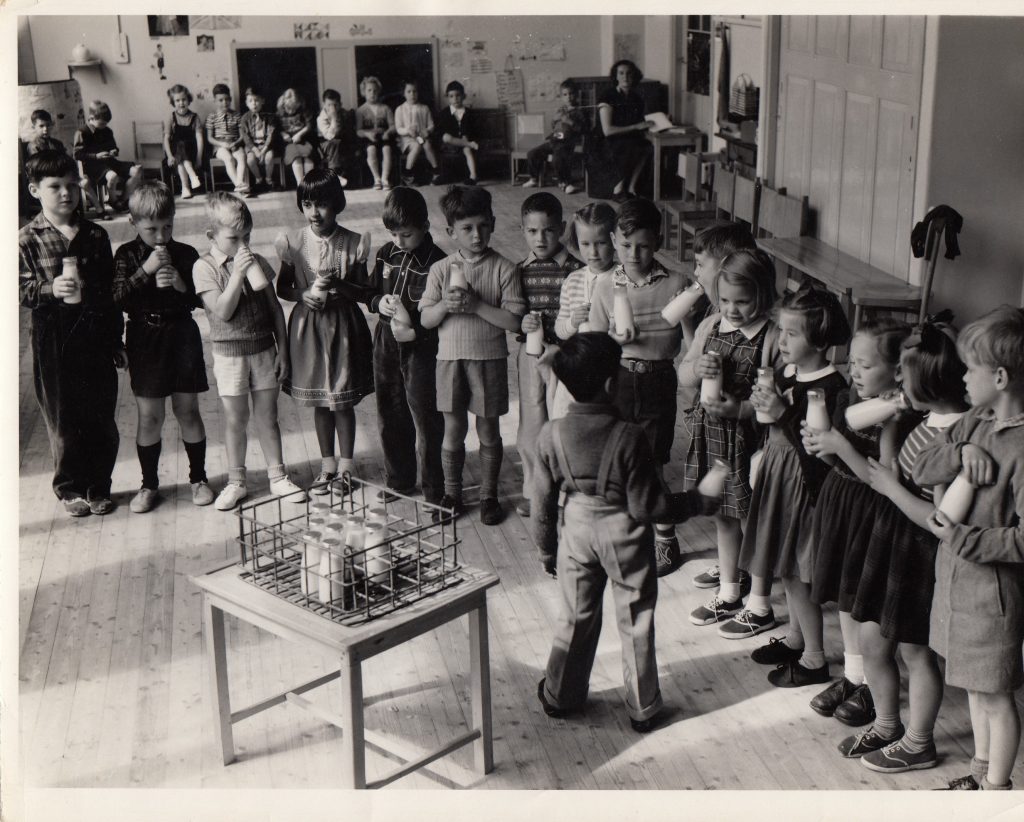 The Dream of three Ladies

Some years ago, when writing a book about the early years of the British School in The Netherlands entitled The English School at The Hague 1931-71, I had as a sub-title The Dream of three Ladies.  The first part of the title is clear enough but for today’s Stories from the Archives I am going to say who the three ladies were – two we have already met in earlier blogs — and explain the rather sentimental sub-title.

The delightful nineteenth century novel “Cranford” by Mrs Gaskell starts: “In the first place Cranford is in possession of the Amazons.”  All the characters of any significance in the book are women. Men barely feature and have little say in matters. And that’s the way it was with the English School at The Hague. Founded by a woman in 1931 it took 27 years before the first male teacher was recruited. In the very early days, when the school was little more than a kindergarten, that was perhaps understandable but, over the years, even as the upper age limit rose to the point that there were plenty of teenage pupils, still the school was staffed and led exclusively by women. It was not until 40 years after its foundation (in 1971) that a male Principal (Mr C. Buckley) was finally appointed.

So, the three ladies and their dream.

The school was founded in 1931 (not in 1935 as was believed for many years) by Gwen Brunton-Jones. She was a single lady and, according to a colleague at the time, “the school meant absolutely everything to her.” She did get married at some point in the mid-1930s (to a Russian, Eugen Emeljanow) and had a child; but the child died and ‘her’ children at school became even more important to her. So attached was she to ‘her’ school that in 1940, when it was obvious to all but those who would not see that Germany was about to invade The Netherlands; when members of the international community were fleeing The Hague in droves; when the Dutch school in which she rented rooms had been requisitioned as emergency barracks; when pupil numbers had shrunk to a mere half a dozen whom she was teaching in her own home – still she refused to face up to reality and as late as 19th April was writing in a letter: “Personally I think Holland is safe.” Three weeks later the country was invaded and Gwen spent the next five years with her husband and a second child, Victor, in an internment camp in Germany. She never returned to The Netherlands. Her dream was shattered by war. In 2001 her son Victor wrote to me as follows: “After our liberation she desperately wanted to return to The Hague and pick up where she had left off at the school. My father, however, who had been through the Russian Revolution, the inter-war years in Germany and had survived yet another war was determined to get away from Europe as quickly as possible. He finally persuaded my mother to go to New Zealand, though very much against her wishes. She never really got over the loss of her school.” 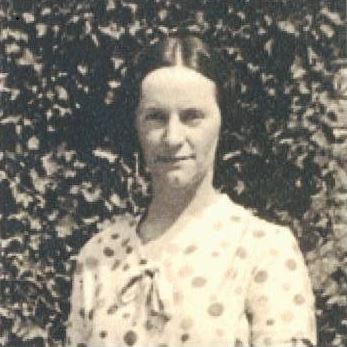 Now for lady no 2. On the staff of the pre-war English School was a certain Nancy Macdona. Before coming to Holland Nancy had already worked in the USA, Poland and France, a daring career for a single girl in those days, but the little school in The Hague made by far the greatest impression on her. To such an extent, indeed, that after the war she returned to The Hague determined to start the school up again. In this undertaking she faced enormous difficulties. Initially she had no money, no support, no premises, no assistants, no pupils even, but she had her vision, her dream, and eventually she was successful. In January 1948, The English School at The Hague opened its doors for a second time. Nancy was Principal until 1953 and Co-Principal until 1961. On her retirement  Mr S. Aquarone, Deputy Registrar at The Peace Palace, wrote: “The school will henceforth be something less because you were, and made, the school. It must be a great satisfaction to know that you have created and left something so fundamental and important for which families like the Aquarone family will always be indebted to you.” Nancy returned many times to The Hague to see how ‘her’ school was coming along but in the period straight after retirement she did not find it at all easy re-adjusting to life without the children. “The school had been my absolute raison d’être,” she wrote to me, “and I felt completely cast adrift.”  Right up to the time of her death in 1985, at the age of 90, I was trying to arrange a final visit for her. 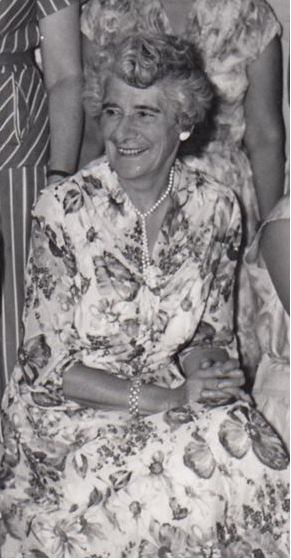 With her successor, lady no. 3, retirement turned out to be an even greater problem.

By 1953 numbers at the school which Nancy had re-started as a kindergarten and primary school 5 years earlier were increasing rapidly and growth was particularly strong towards the upper end. To take responsibility for these older children it was decided to look for a Co- Principal, and the lady appointed to the job was Phyllis Donaldson. Little is known about Mrs D’s past (she was known as Mrs D amongst the staff) but she was probably divorced. Be that as it may she was very soon, like her two predecessors, ‘married’ to the school. During her 18 years of service it underwent enormous change. Indeed by the time she retired it had become three schools, and but for her total dedication, her vision, her driving energy and readiness to assume huge responsibilities it could easily have gone bankrupt. In her obituary many years later Bob Carrington (Head of Senior School 1968-79) wrote: “…without her firmness, her fairness and her faith, in the difficult years of expansion, the school could easily have failed in the chaos of overcrowded buildings, inadequate equipment and impermanent staff.”  Where Nancy Macdona was known as ‘the Peacemaker’, Mrs D was known as ‘the Fighter’ and she was deservedly awarded an MBE and later an OBE for her work. After retirement it is no exaggeration to say her heart was broken. I quote again from her obituary: “She came to England separated from the school she loved. Her strength left her in the solitude of the flat in Hove and only the letters she continued to receive from past pupils and friends helped to sustain her in the last years of her life. The school had grown beyond her and she was cut off from her source of strength.” 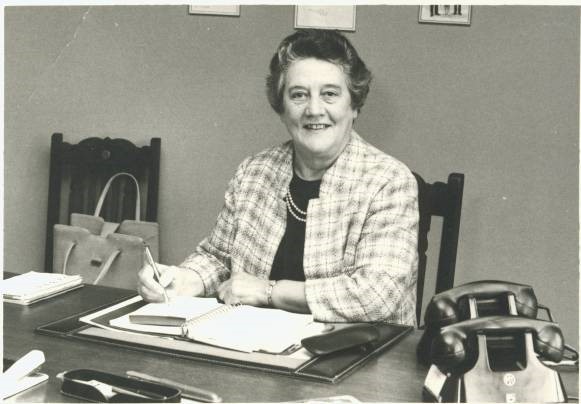 Mrs Donaldson expanded the BSN from one to three campuses.

So these are the three remarkable ladies, our first three Principals, each of whom had a dream, each of whom in turn thought of the school as ‘her’ school and each of whom lived to see her dream taken from her.

In case you missed it, you can read another Stories from the Archives related to this one: A Pamphlet in the Gutter