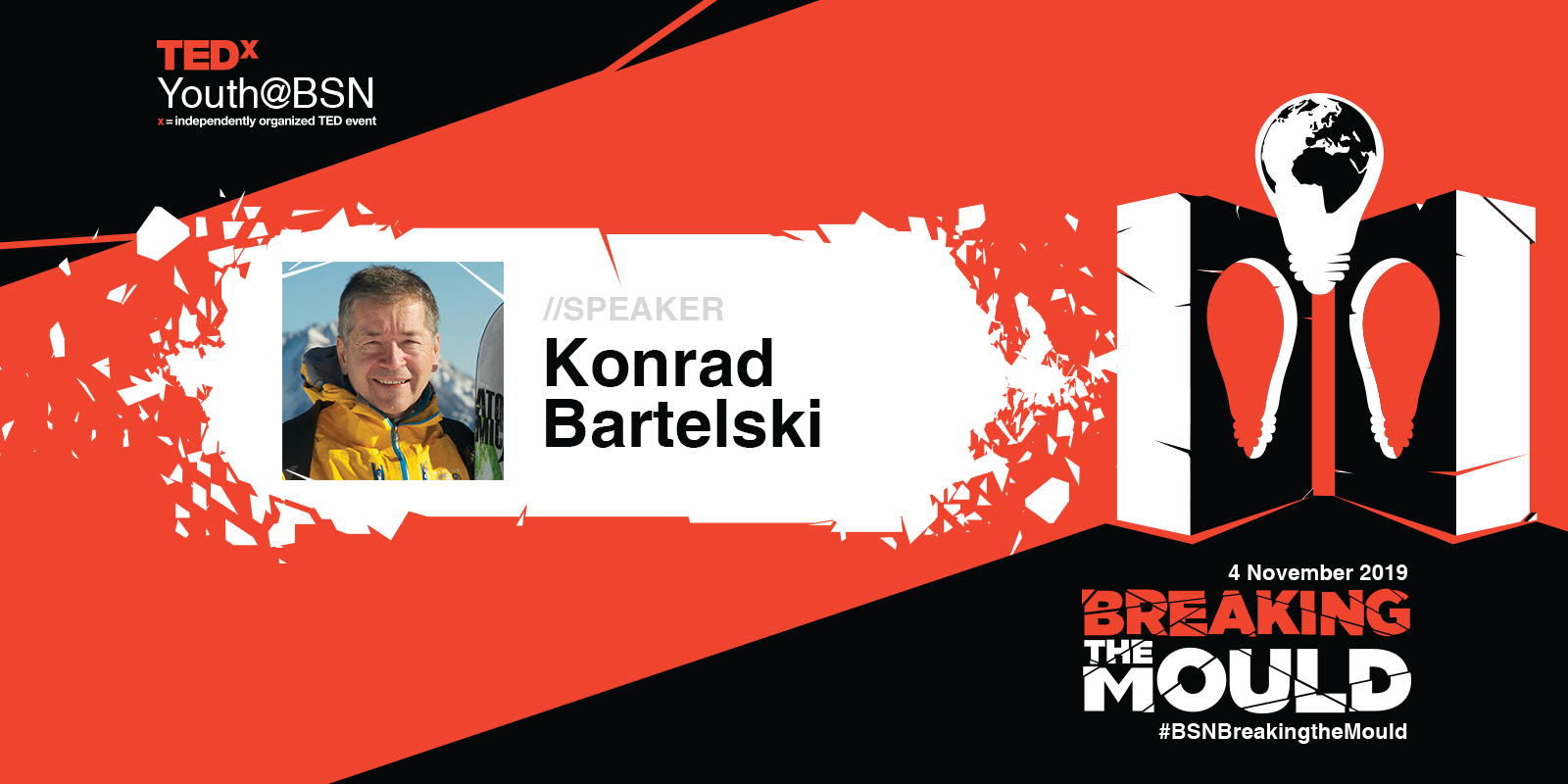 For most people, ‘breaking the mould’ once in their life would be a huge achievement. But Konrad Bartelski, Olympic downhill skier, photographer and TV presenter, has broken it twice.

Konrad, a former BSN pupil, became a World Cup silver medallist in Val Gardena in 1981, making him the first, and only, British male downhill skier ever to stand on the podium. At a time when Brits were rarely seen on the professional ski slopes, Konrad’s victory came as an even bigger achievement. The ensuing shockwaves sent around the skiing world led to the now famous quote by a French commentator ‘ce n’est pas possible, c’est un Anglais…’. (I don’t believe it, it’s an Englishman!)

Konrad’s success inspired a generation of British skiers in the UK. For the first time, British downhill skiers had a chance of being taken seriously.

Where do you go after an epic crash? The World Cup Podium!

Konrad’s other mould-breaking moment came six years earlier in Megève, where at 21 he was in one of the all-time biggest crashes on the slopes, from which many assumed he would not survive. At the time, people wrote him off, saying ‘you don’t come back from crashes like that’. But instead of feeling sorry for himself, Konrad fought back; within a month he was back on the slopes, this time with more contracts thanks to the ‘notoriety’ (and air time) that he had achieved from his crash. Just six years later, Konrad was on the World Cup podium.

Konrad’s appearance in TEDxYouth@BSN is particularly poignant as he himself was a pupil at the British School for 12 years. TEDx will be the first time that Konrad has been back to the school since then, and he says it will be very exciting to be back and see how the school has changed in the 47 years since he left:

‘It will be wonderful to have the opportunity to speak to pupils at a school that I’ve been part of and which means so much to me. I want to share some advice which I hope will benefit them, and show them how they can make a difference and break the mould.’

Olympian, trailblazer, mould-breaker and life-long BSNer – we’re delighted to welcome Konrad back to the BSN for his TEDxYouth Talk.