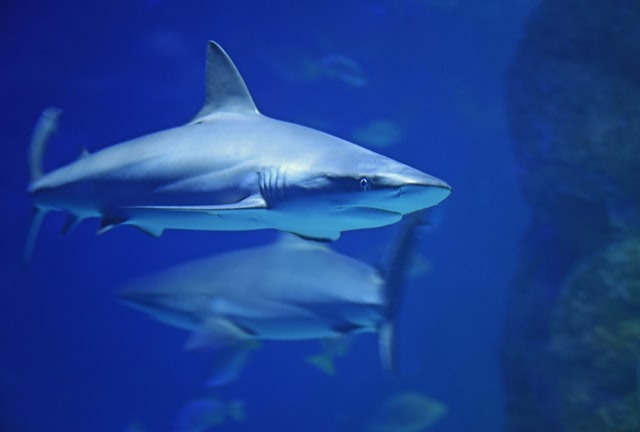 In the Jaws of Extinction

Sharks: vicious, lethal and merciless. This is how many people still perceive sharks (even though most of them have never even seen a shark and do not realise that it is highly unlikely that one would harm you) which is part of the reason why brutal treatment of these innocent creatures continues to prevail and why many shark species are almost extinct.

The journal Marine Policy estimates that more than 100 million sharks are killed by humans every year globally. This converts to around 11,500 sharks killed every hour; yet we rarely hear anything about this in the media, let alone about what numerous organisations are doing to try and help these tranquil animals and the fishermen, many of whom have no other choice than to provide for their families than through this form of employment.

But what is actually happening to the sharks? We are fishing and finning them. Commercial shark fishing is legal almost everywhere in the world (though for some types fishermen require a special permit) and the sharks that are caught are then sold at the market. Conversely, shark finning is far less humane and involves catching sharks, cutting off their fins so they cannot swim and subsequently dropping them back into ocean to be eaten by other marine animals while bleeding to death. Shark finning is most common in parts of Asia such as Indonesia, Malaysia and China (it has become illegal in many other parts of the world), and the shark fins are then also sold and consumed in huge quantities.

I personally believe that this is completely inhumane and unjust. Fortunately, there are several organisations that aim to do something against this and these organisations are becoming more and more copious.

The Project Hiu Foundation is just one of these organisations, but one that I have known about for a while now. Based in Lombok, Indonesia, their objective is not to get the workers to stop fishing sharks, but instead, they find alternative sources of income for the employees so that they can continue to provide for their families. What they hope to do, is turn all the boats used for shark fishing into boats for tourism that will also promote conservation of sharks and other marine animals. To help achieve this, they do however require funding, which is difficult to obtain, but they have already managed to make a huge difference to an immense amount of fishermen and hopefully they will continue to do so.

More of these organisations include Shark Stewards, Coral Reef Alliance, and Wild Aid, and they all contribute heavily to the fight against shark fishing and finning. Simply by increasing awareness of this issue, more people could support these or similar organisations. This would lead to a more rapid decrease in the number of sharks that are inevitably killed each year, and it could also remove the stigma around sharks, as they truly are magnificent species.