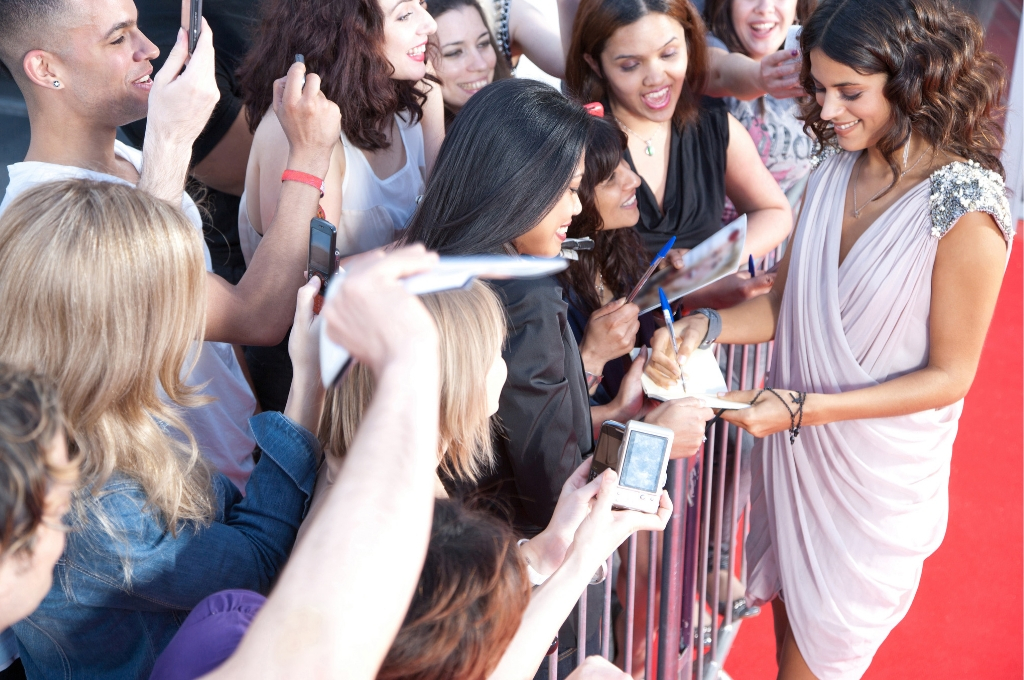 How Celebrities Influence Us

Celebrities have always had a major influence on peoples’ lives. From singers such as Elvis Presley to actresses like Marilyn Monroe, people have always wanted to emulate their favourite celebrity. However, in recent years this need for a picture-perfect, celebrity-influenced lifestyle has intensified itself with stars now extending their traditional roles in society. We need to ask ourselves: when does this influence do more bad than good?

The role of celebrities has greatly evolved from just acting in movies or singing. They are seen as a great tool in marketing and are able to promote products all over the world, voice their political opinions and even set new trends. Thanks to social media, these stars are plastered everywhere and talked about frequently. As a result, teens and young adults are more willing to follow these ‘’trendsetters’’ and their every step.

In May 2018, reality TV star Kim Kardashian came under fire for promoting appetite suppressant lollipops on her Instagram account followed by millions of people. People flooded the comments, emphasizing how she was promoting eating disorders and an unhealthy relationship with both food and weight. One of her biggest critics, actress Jameela Jamil, pointed out how the ‘’toxic’’ message promoted an unhealthy and harmful lifestyle. Such a message could push her audience to think differently about their bodies and encourage them to ignore their hunger, forming new dangerous habits. (https://www.bbc.com/news/newsbeat-44137700)

There is also a positive side to our seeming celebrity- dominated society. Because of their massive following, stars can raise awareness and shed light on important issues plaguing our world today. For example, pop-singer Demi Lovato, opened up on her mental health struggles by releasing the song ‘’Sober’’, after her relapse in 2018. The song inspired not only her fans but millions of people out there who struggle with substance abuse daily. (https://www.bbc.com/news/newsbeat-44568897)

Similarly, actress and singer, Selena Gomez, spoke candidly in an interview with Harper’s Bazaar (https://www.harpersbazaar.com/culture/features/a15895669/selena-gomez-interview/) on her depression and anxiety which she attributes to her systematic, autoimmune disease, Lupus. ”It’s not something I feel I’ve overcome”, she told the magazine.  She referred to her battle as something that she would have to ”face for the rest of my life”. What stuck with the public was that she was ”okay” with it. ”I know that I’m choosing myself over anything else”. Her words generated a lot of support as she exposed the reality of mental health.

Celebrities need to be wary of the messages they’re sharing and the products they are promoting. They need to ensure that it’s beneficial to their audience and doesn’t implicate any dangerous practices. With great following, comes great responsibility and celebrities need to realize that what they post cannot simply be swept under the rug by their millions of followers.