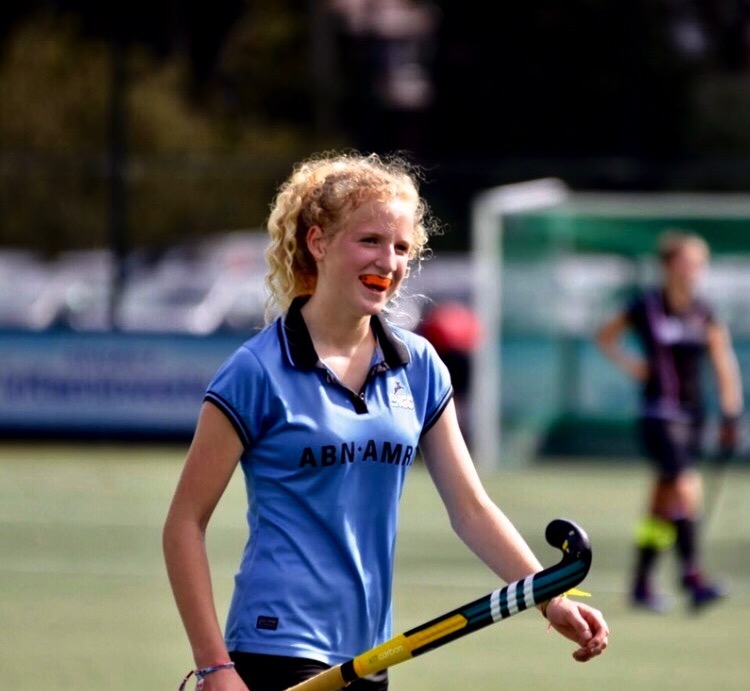 Aiming high: hockey in the spotlight 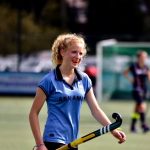 POSTED BY:  Head of Extra Curricular Sport, Tom Archer, spoke to Iona Campbell, one of the school’s rising hockey talents.

What are your strengths as a player? My strengths as a player include remaining calm under pressure and being aggressive and stable when defending. Remaining calm under pressure is important as a sweeper because it means that my basic techniques (like accurate passes and clean tackles) stay reliable and I don’t make desperate decisions which could lead to a dangerous counter attack.

How did you get involved in Hockey? As I went to a Dutch primary school, all my friends (and practically everyone else in my year) played hockey at HGC, and so this encouraged me to start training as well at the age of 6.

Pre-match meal: I don’t usually eat anything specific in the meal right before a match, but everyone must eat 2.5 hours before kick off, even if this is in the car on the way to a match. The Friday night before, dinner is provided for us at the club which is always either pasta or rice and a salad with some carrots and bread.

Where did you first begin playing?  My first ever training was at HGC

How did you start playing for HGC?  As so many children play hockey here in the Netherlands, it didn’t matter how good you were to get started at HGC. The first year I played we were not divided into level of ability, and I played in F2 with lots of my friends from school. ‘Selection’ teams (those based on ability) began in the Es (aged 7-8), and continue all the way up until the As (17-18). 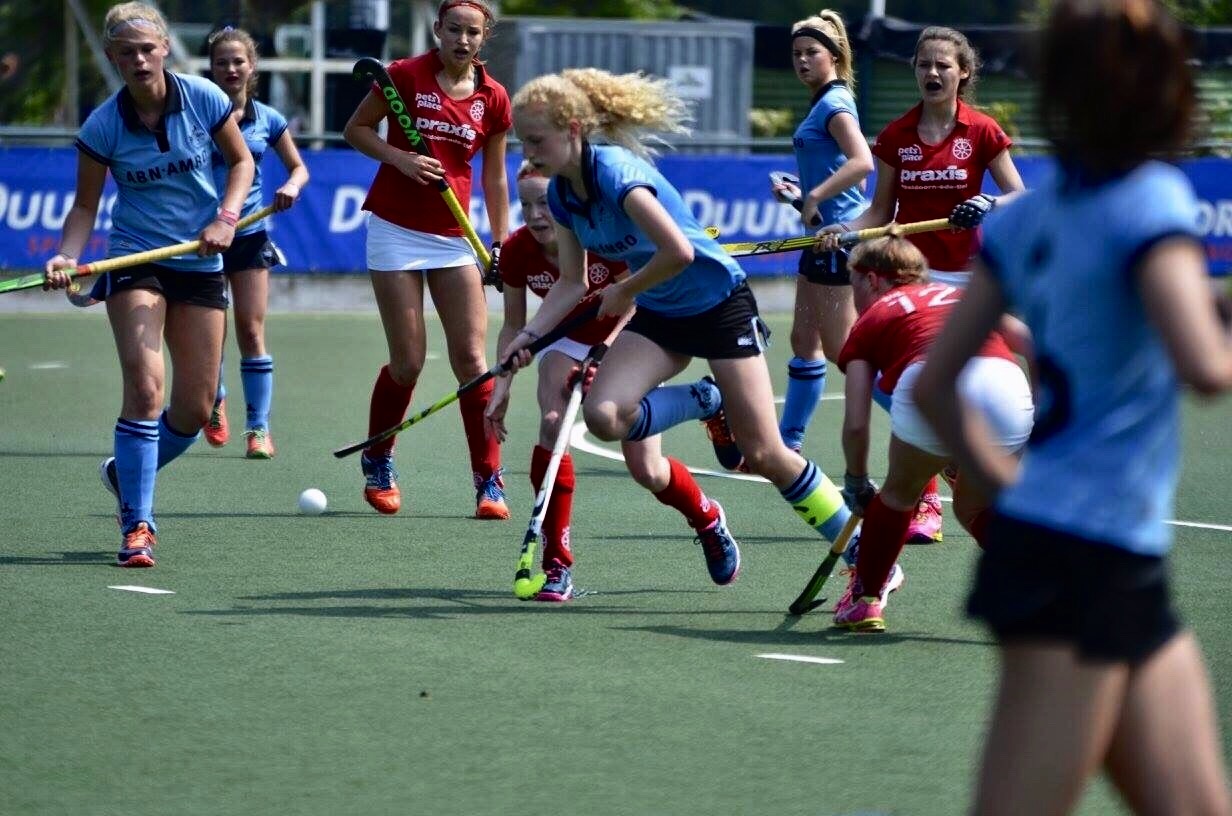 Who has been your toughest opponent to play against? Since I have played at HGC my entire hockey career, I have also encountered the same opponents each year and some have been particularly challenging to play against. When we were younger, playing KZ was by far the most challenging match of the season. From around the Ds upwards, I have lost every single match played against Rotterdam until the play-offs last year in B1 where we finally won 3-0. Also the first time I have ever beaten HDM was 2 weeks ago, and Amsterdam A1 this year has been pretty tough to beat.

What has been the best ground that you have played at?  Home turf!

Who is your role model and why?  My role models at hockey are definitely my coaches, Yara and Ewout. Since before the start of the season, during the selection period, they have both helped us all develop our skills in individual ways and have never failed to deliver constructive criticism where necessary. The team’s high standard of dedication has been set by them, not by demanding our commitment but by showing us theirs. Yara in particular, who has to travel more than an hour each way before and after our trainings, has always remained positive and motivated and never failed to see the good things in our most terrible matches.

What is your proudest moment? My proudest moment ever in a hockey match was probably scoring the first goal last year in the play-offs against Rotterdam, a win which secured our position in the National League. As captain, I was incredibly proud of my team which consisted of predominantly first years.

How has the BSN helped your progress in and outside of school? The BSN has helped me with my hockey in letting me miss some school days for important tournaments and having flexibility in leaving school early for trainings.

What are your aspirations for the future? I would absolutely love to continue playing hockey at a high standard, hopefully in a university in Britain. 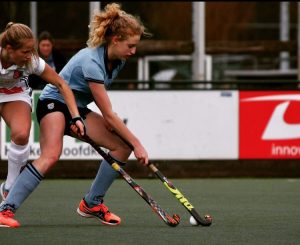 Iona is currently captain of the HGC hockey team

What does an average training schedule look like for you? We usually warm up for 15 minutes prior to the training time, which is usually 4 laps and then some passive and active stretching. During training, depending on which day, we often have some running drills (shuttles and footwork) followed by stick drills and then matches at the end. Cool down takes around 10 minutes after the training. On Fridays we sometimes also have ‘video training’, where we rewatch previous matches and discuss tactics for the next day.

How many times a week do you train? Depending of the time of year, either 3 or 4 plus a match in the weekend. Some times during the selection period if you are asked to train with another team it is 4, but mostly in the competition season just 3.

Do you have to work on your fitness away from the club? It is expected during the winter season, when indoor hockey starts and fitness usually worsens, that we keep up our fitness by ourselves. Before and after indoor hockey, we do the bleep test to ensure we are either just as fit after as before, or even fitter. In the winter I have a gym membership and usually go 4-5 times in the week alongside indoor training. In the summer we are also given a 6 week fitness programme to follow, covering fitness and core strength, of which the effectiveness is measured with the Cooper Test in August.

Where do you see yourself in 5 years’ time? At this point it is impossible to say, because I am not sure yet where and what exactly I want to study and what impact this might have on my hockey.

Do you have to follow a diet? We aren’t given a specific diet programme to follow, but it is expected we eat appropriately (healthily and also enough) to maximise energy output at training and to keep up general health.