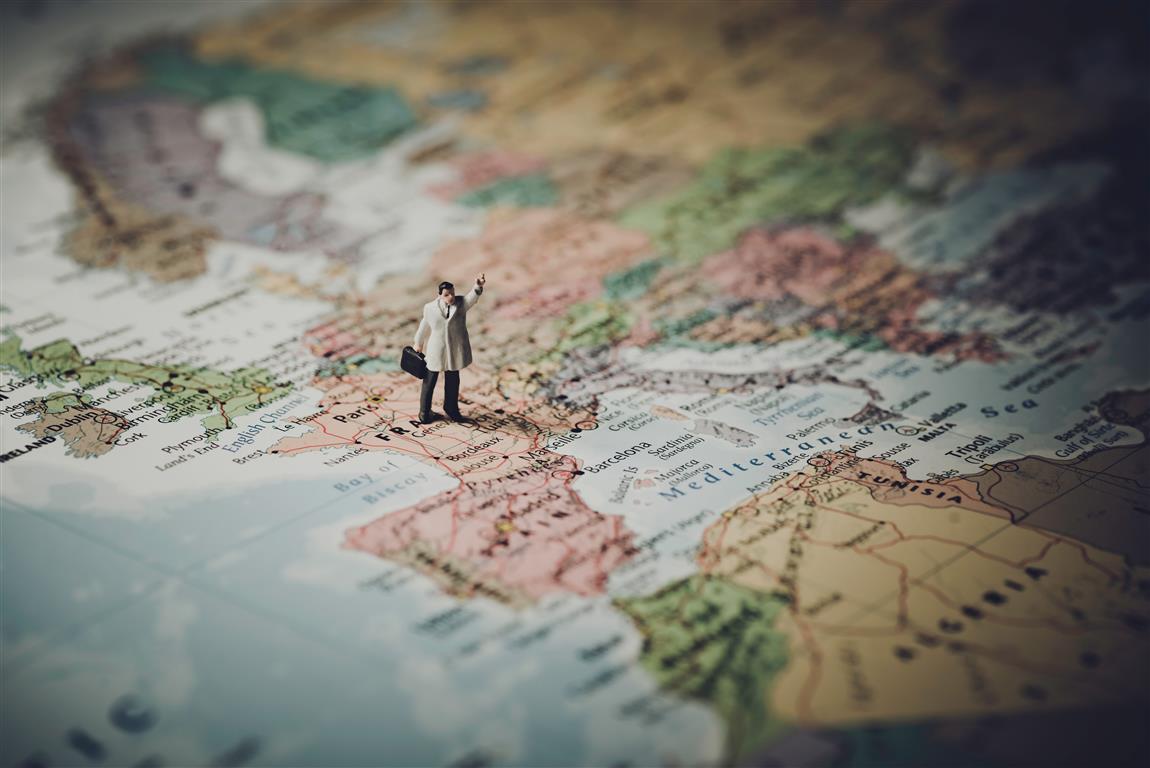 The previous edition of these Stories from the Archives was about the visit to SSV in October by Alexandra Hussein-Emeljanow, granddaughter of the lady who founded our school in 1931. It was an exciting and emotional visit and after Alexandra had gone I spent a long time looking back over all the old archive material dealing with the 1930s, and in particular that period leading directly up to the Second World War and the closing of the School. It reminded me, as if I needed reminding, what an incredible, unreal time it was – and so I am now going to tell you about it.

The English School of The Hague, founded by Gwen Brunton-Jones in 1931, was a ‘posh’ school. The children were mostly the sons and daughters of diplomats and sundry VIPs. It was, by all accounts, a very happy little school. There was plenty of learning through play, plenty of music (one of the teachers, Nancy Macdona, had almost been a professional concert pianist), no such thing as testing or grading. Gwen was intensely proud of her little establishment and she had the support of a small number of excellent and committed teachers. A delightful, very privileged set up in a wealthy and upper crust city.

Through the eyes of four teachers

However, as the 1930s progressed there were more and more shadows being cast on the grander stage of world politics. In Europe the three dictators, Franco, Mussolini and Hitler, were squaring up. Divided nations, ethnic cleansing, invasions, persecutions – these were the order of the day. And even the delightful little English School of The Hague was affected. By March 1939 Germany had completed the occupation of Czechoslovakia; in April of the same year Italy invaded Albania, and in Spain a Civil War was still raging. By now large numbers of Jews were fleeing from Germany and German occupied areas. At the English School there were, amongst others, Spanish and Italian children. There were also German children. Dr Nuttall, CEO of Shell Oil and Chair of the Board of Governors, was himself half German and his wife a full German. At one point there were even a couple of German Jews, Wolfgang and Günther, timid, withdrawn boys who did not stay for long. One of the teachers, Fräulein
Lehmann, was German (and on one occasion had to be reprimanded for telling the children alarming stories about what was going on in her own country.)

Against this background I should like to take a look at the year 1939-1940 through the eyes of four of the teachers, in particular to try and understand Gwen Brunton-Jones herself. Below the ladies Nancy Macdona (who re-founded the school after the War), Peggy Davies, Olive Jones and Gwen.

At the end of the summer term 1939 several families gave notice that their children would not be returning in the September. The situation was just becoming too precarious. In The Hague a start had been made on the construction of public air-raid shelters, the sale of gas masks had begun and some people were even installing Anderson shelters in their gardens. Nancy was on holiday in Devon when she received a communication from the British Embassy about the inadvisability of returning to The Netherlands. Reluctantly she decided to take their advice. A statement which she read from the International Court at the Vredespaleis referred to “…grave events occurring unfortunately in Europe which have to a greater or lesser degree disturbed all national and international activities. The Court is powerless to arrest the course of these tragic events which it deeply deplores.”

Olive had received the same warning as Nancy but, being younger and perhaps of a more adventurous, even reckless bent, decided to risk it. On 3rd September she was at Paddington Station en route to The Hague when the announcement was made that Britain had just declared war on Germany. She turned round and headed back to Glamorgan. A few days later, to her surprise, she received a letter from Gwen saying that all was well in neutral Holland, that people were just being alarmist and she really should return to the school. So she did. One wonders how Gwen could have been so optimistic, so unrealistic even; but over the coming months she was to lose touch more and more with the gravity of her situation.

Numbers at the school had shrunk considerably. Just over a dozen pupils and 3 or 4 teachers. Peggy Davies was still there but, as Olive quickly discovered, she had an extra strong reason for staying. (Of which more in a minute.) So the new school year went by. A bizarre situation, being in a small neutral country between two much bigger countries at war with one another. Not far along the coast Spitfires and Messerschmitts were fighting out the Battle of Britain.

Back to the UK

Then there was another blow. The Dutch school, in part of which the tiny English School was housed, was taken over by the army as an emergency barracks. Rolling with the punches Gwen simply transferred what was left of the school to her own home on the Weissenbruchstraat. A brass plaque was made, new stationery printed and lessons continued. There is a drawing of the front entrance done in February 1940 by one of the pupils, a little French boy called Georges Pinel.  This drawing plus a letter were sent to Olive Jones, his teacher, who had by now decided she couldn’t risk staying in Holland any longer. In January she resisted Gwen’s efforts to keep her at the school and, after a nightmare few days at Schiphol, finally got on a flight to little Shoreham aerodrome in Sussex, and thence back to Wales. (It is a strange thought that civil airlines were still maintaining some form of service over the North Sea and English Channel just after the Battle of Britain and while the Blitz was taking place.)

So, effectively, from that point on the teaching staff consisted of Gwen, Peggy and some part time help from a couple of the mothers. Then, as if enough were not enough, there was a scandal. The main reason why Peggy had stayed on in The Hague (as Olive had discovered some months before) was that she had become romantically involved. The gentleman in question was a certain Monsieur Khalil, Chargé d’Affaires at the Egyptian embassy, a diplomat and old enough to be her father. It was not the done thing for diplomats to become involved with local girls and when Peggy became engaged and handed in her notice it was not at all well received by Gwen. She was shocked and also, understandably, very angry since that left just her and a handful of children. (Peggy later married her diplomat fiancé and had an interesting life travelling the globe with him.)

How can one judge Gwen Brunton-Jones at this point? She was now isolated. She wrote in one letter, “ We are all living on our nerves these days. The Nuttalls and many others, the Chengs included, are packed and ready to go. Personally I think Holland is safe.” (Just three weeks earlier Denmark and Norway had been invaded!) Should she be seen as a brave woman, a woman to be admired for having refused to abandon her dream, for having founded a wonderful little school which she managed to keep running until the bitter end? Or as a woman who refused to face up to reality and endangered her own family as a result? On 7th May 1940, with war raging around her and the exodus of foreigners from The Hague well under way, she wrote in a chatty little note to Nancy Macdona, “If you have been having as good weather as we, you must be enjoying the country. We go every day to Clingendael to listen to the nightingales – they are so lovely.“