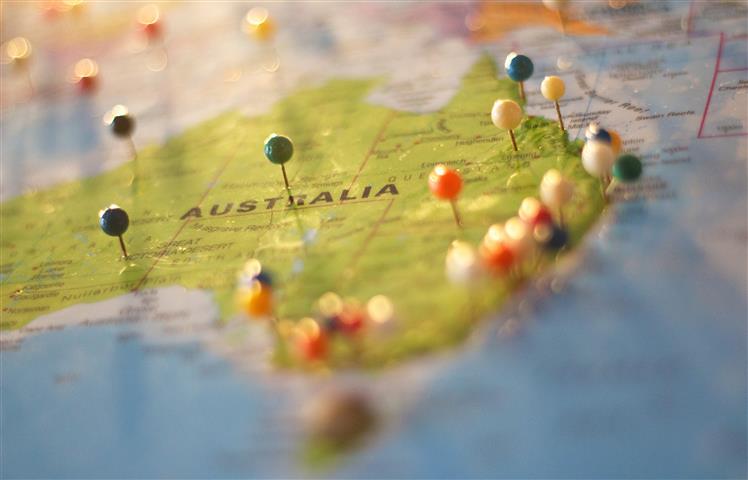 Mike Weston, school historian and archivist tells us how some serious research into the founding lady of the BSN ends with a distinguished visit from Australia.

Regular readers of my Stories from the Archives blog may get a feeling of déjà lu (sic) as they embark on the latest offering. That is because I am starting by reproducing something I wrote back in November 2017 about my early search for the lady who founded our school, Gwen Brunton-Jones. There has been a recent development in the story but you will need reminding of the background first. So here we go.

Pieces of the puzzle

Trying to piece together a picture of our school’s beginnings in the 1930s was a difficult and frustrating business. It was also fascinating; indeed, for me it was perhaps the most fascinating decade of the school’s entire history.  One of the most important pieces of information I needed was the identity of the person who actually founded our school. I was told by one elderly lady that it was a New Zealander called Mrs Brunton-Jones, but by another that it was a Russian called Mrs Emiljanof. (Note the spelling. It is important.) It seemed unlikely that a Russian lady would have founded the school but my informant was adamant.

When Olive Bowen (the pre-war teacher that I wrote about in the first of these articles) came to visit us she was able to clear up the mystery. Our school had indeed been founded by a New Zealander called Gwen Brunton-Jones but she had later married a Russian opera singer called Emiljanof.  She was known socially by her married name but at work by her maiden name. Olive told us as much as she could remember about her. She had had, for example, a baby son called Victor. She was also passionately attached to her little school and even after war was declared in 1939 and people of many nationalities started leaving neutral Holland to return to their own countries, she insisted on staying in The Hague with the rapidly dwindling numbers of pupils.

Indeed, in a letter written on 19th April 1940 (and which I have in the archives), she wrote, “Personally I think Holland is safe.” She couldn’t have been more wrong. The next six years she, her husband and child spent in a German internment camp at Liebenau in Saxony. When the war was over they moved to the UK and then back to New Zealand. Mrs Brunton-Jones had wanted to return to The Hague and re-start her school but her husband who had been through the First World War, the Russian Revolution, Nazi Germany and the Second World War had, understandably, had quite enough of Europe and wanted to get as far away as possible.

With a little help from Google

For years I tried to find out what had subsequently become of our founder, but in vain. Even a search of the Public Records Office in New Zealand led to nothing. Once the internet arrived, opening up all sorts of possibilities, I tried googling the name Emiljanof but still without success. And so the decades rolled past. The 1980s, then the 1990s. The millennium came and went, and then one day back in 2001 I was going for the umpteenth time through all the old 1930s letters I had in the archives when I noticed that one scribbled note which had previously escaped my attention contained a reference to a certain Emeljanow. Now Emeljanow and Emiljanof sound much the same but in a list Emel and Emil are a little way apart. Hardly daring to hope but recalling the name of Gwen Brunton-Jones’ baby son, I crossed my fingers and punched Victor Emeljanow into Google – and got a hit. Even sixteen years later I can still feel the shiver of excitement when I read: Victor Emeljanow, Professor of Drama at the University of New South Wales.

The email that I sent to Professor Emeljanow, once I had pulled myself together, explained who I was, told of the twenty-year quest that I had been on and ended, “They had a son called Victor. Are you by any chance that son?”

The reply came later that day (17th October 2001) and started, “Dear Mr Weston, I can’t tell you how delighted I was to receive your letter. Indeed you are talking about my parents and I am the Victor to whom you refer.”

I wonder what the future holds

At long last, after some twenty years of searching, I had made contact with the family of Gwen Brunton-Jones. Victor Emeljanow, a distinguished elderly academic, was the same Victor that I had read about in one of his mother’s letters written in 1940: “Victor is growing apace and is really a darling…. He is wonderfully strong and healthy and sleeps like a top…. If all is well in the summer he will have much pleasure running around in the dunes … without those awful nappies.  I often wonder what the future holds for him.”  What the immediate future held for him was the German invasion of The Netherlands, internment in a camp in Germany for six years with his parents, and then emigration to the antipodes.

In the weeks after my locating Victor Emeljanow, there was a steady to and fro of emails between us as we shared information. I was able to tell him much about the school that his mother had started and about events taking place around him while he was just a toddler. He, in turn, told me a great deal about his mother.  Indeed, as the weeks and months went by the correspondence became quite personal and our relationship deepened, as can sometimes happen with a stranger met on the internet. At one point it was possible that he would be coming as a visiting professor to deliver a series of lectures at Amsterdam University, an exciting prospect; but unfortunately that came to nought; and eventually we ran out of things to say. So finally, some 16 years ago, the correspondence petered out.

Over the years I checked from time to time on the net to see what Victor was up to. There was quite a bit about him. He was an important and widely published academic in the world of theatrical criticism and teaching.

Then in 2018 I was very sad to see that he had died. We had never met and yet we had shared something important and, at the time, quite intense for both of us. Now we would never meet. Farewell, Victor.

I receive the following email:

My name is Alexandra Hussein (née Emeljanow), daughter of Victor Emeljanow. Before I write further I’m simply wanting to identify whether or not this is still an active email.

I need hardly say that I felt quite a frisson down the nape of my neck and replied immediately. And this is what Alexandra told me.

She had of course already known of the school’s existence but while going through her father’s papers after his death she discovered that Victor had printed off the entire string of our email correspondence from all those years ago. She had found it, understandably, an emotional read, and, in a long reply to me, wrote:

Sadly, my father and I had decided one day we would travel together to The Hague and visit the school but over the past 5 years his health deteriorated and traveling became a thing of the past. I felt for him very much during this time ………so I would very much like one day to visit the school, for the both of us.

May I ask, do you think it would be at all possible to come and visit the school in The Hague at some point?

I must say I found it rather touching that the granddaughter of the lady who had actually founded our school back in 1931 was asking for permission to come and visit us. I assured her that for us she would be a guest of honour.

A visit from down under

I am writing this on Tuesday, 24th September 2019. In exactly two weeks’ time, on Tuesday 8th October, I shall be welcoming Alexandra and her family to the Senior School in Voorschoten. They are flying from Australia to see us. During their visit we’ll be taking plenty of photos. One or two will be added to complete this blog which I hope you will then enjoy reading.