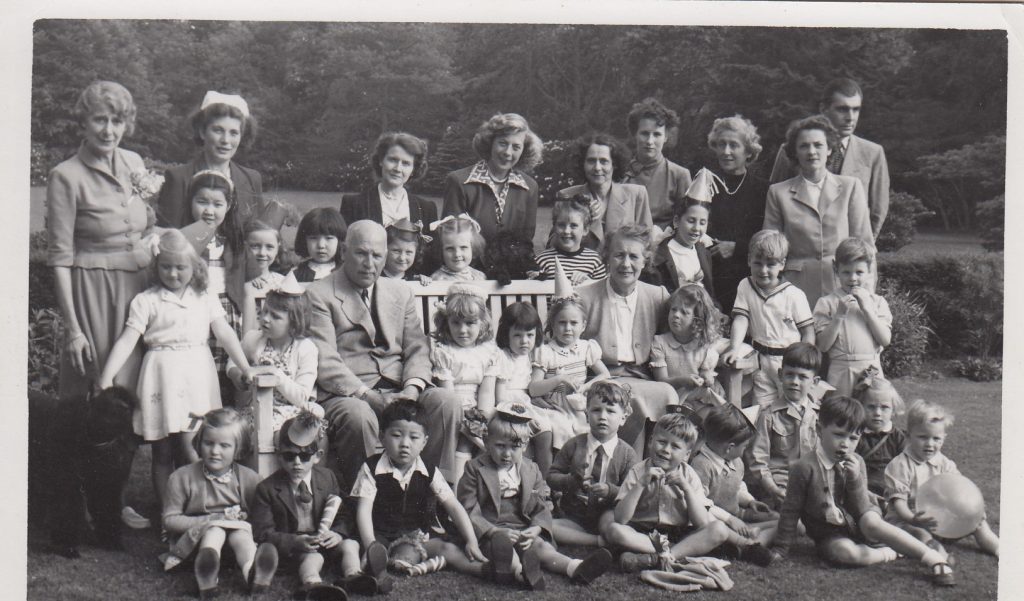 Stories from the Archives: From Tiny Acorns Mighty Oaks Do Grow

Stories from the Archives: From Tiny Acorns Mighty Oaks Do Grow

And so we come to the last of these Stories from the Archives. The Netherlands have been invaded and the English School has closed. That chapter of our history is over. However, I wanted to conclude this series of articles by telling you about another remarkable lady who forms the link between the pre-war and the post-war years. Her name was Nancy Macdona.

In the 1930s, in Wassenaar, there lived a very wealthy Dutch family, the Weises. As well as being very rich they were also very anglophile. On their domestic staff, in addition to all the servants and gardeners, they also employed an English governess for their children. Her name was Nancy Macdona. Nancy had had an interesting life. Her father was an academic of Trinity College, Dublin, her mother a brilliant pianist. Nancy herself had thought seriously about a career as a professional concert pianist but the Wanderlust in her took over and, instead, she trained as a teacher before heading off to a series of jobs overseas, in the USA, Poland, France and finally The Netherlands – an unusual and daring career for a single girl in those days.

Although strictly speaking an employee, Nancy, in fact, developed close ties of friendship with the Weise family, especially the youngest daughter Amy, so in 1935, when she was approached by Gwen Brunton-Jones with the offer of a tempting job at her English School, the decision was not easy. However, Nancy decided to accept the offer, while maintaining close contact with the Weises, and spent the next four extremely happy years teaching (mostly music) at the school.

During the war years Nancy was able to receive occasional news from the Weises thanks to a friend of Mr Weise, a certain Eelco van Kleffens, who was Dutch Minister of Foreign Affairs, and at the end of the war, as soon as postal services were resumed, an exchange of letters began. In one of them, written on 25th July 1945, Mr Weise concludes as follows: “You must come over as soon as you can and stay with us as long as you like and see all your friends in Holland. That day will be a great day in Meyland (the Weises’ home in Wassenaar) I assure you.”

And Nancy did indeed return to the Netherlands, but not only to see her old friends again. During the war years back in England, she had missed the English School more than she would have thought possible and she came back to The Hague with a plan. She intended to re-open the school. But it was not an easy time. In the immediate post-war chaos and austerity, some Dutch schools had closed down because of lack of teachers. Nancy had no money, (and in those days it was no simple matter for a single woman to obtain a bank loan, especially without any collateral); she had no premises, no guarantee of pupils or indeed of staff. Overtures made to both the British Embassy and the British Council were not favourably received and after several fruitless months Nancy, for all her determination, began to despair. At this point, Mr Weise came forward with an extremely kind and generous offer. He would support her financially for a reasonable period of time, paying all the rent, the salaries, the running costs, the bills, until it became clear either that there was no future for such an enterprise or that it was going to be able to pay its own way. So Nancy took the plunge.

The school’s second beginnings were even more humble than its first. In February 1948 two rooms were rented (at Jan van Nassaustraat 16) and a handful of small children arrived. As well as Nancy the staff consisted of Dora and Erna Siegel, two personal friends (and unqualified teachers), plus eighteen-year-old Amy Weise. Otto Weise had had a mixed motive in subsidising the school. He was concerned that his young – and slightly wild – daughter should not grow up a spoilt, little rich girl with no need to work, so he had asked Nancy to find something for her. She was put in charge of the infants and finished up staying for several years as the school grew. Many years later, when I first met her as an elderly lady, she was astonished to learn of her father’s generosity. He had never told her that it was, in fact, he who was paying her salary. 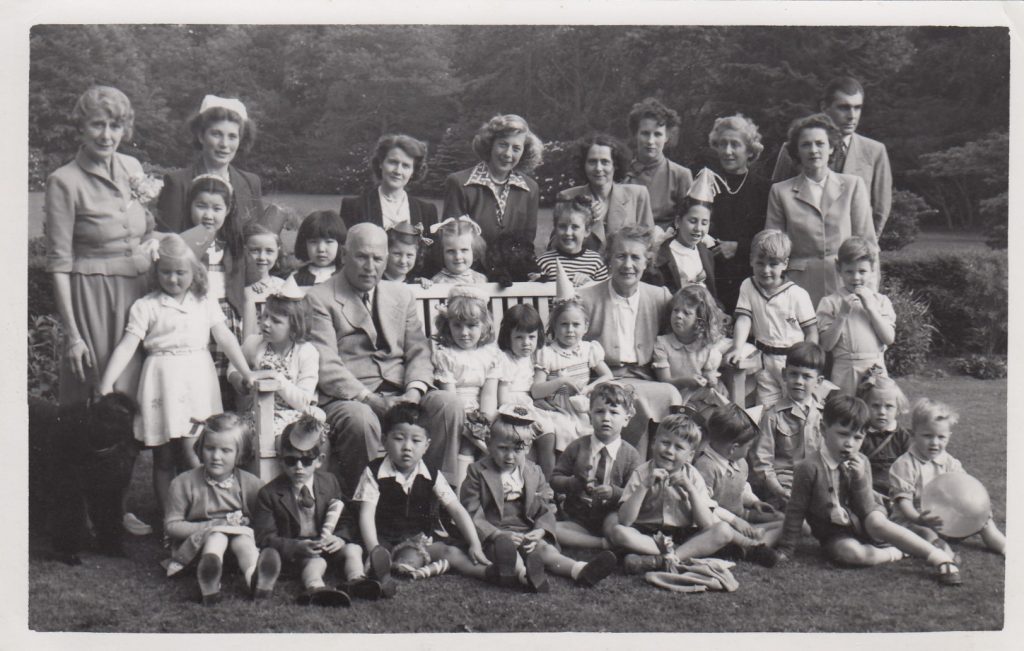 The pupils and staff of the English School in 1950. Standing left is Nancy Macdona. Seated is Otto Weise. Standing back row centre with the big hair is Amy Weise.

So that was the reconstituted English School in 1948. 13 years later, when Nancy Macdona retired, it had its own beautiful premises on the Tapijtweg in Scheveningen, nearly twenty qualified teachers, a student population of some 200, was recognised by the Dutch and British authorities and had been visited by Queen Elizabeth and Queen Juliana. From tiny acorns mighty oaks do grow.

In case you missed it, you can read the last instalment of Stories from the Archives: Luiz Reflects on his Time at the English School in The Hague