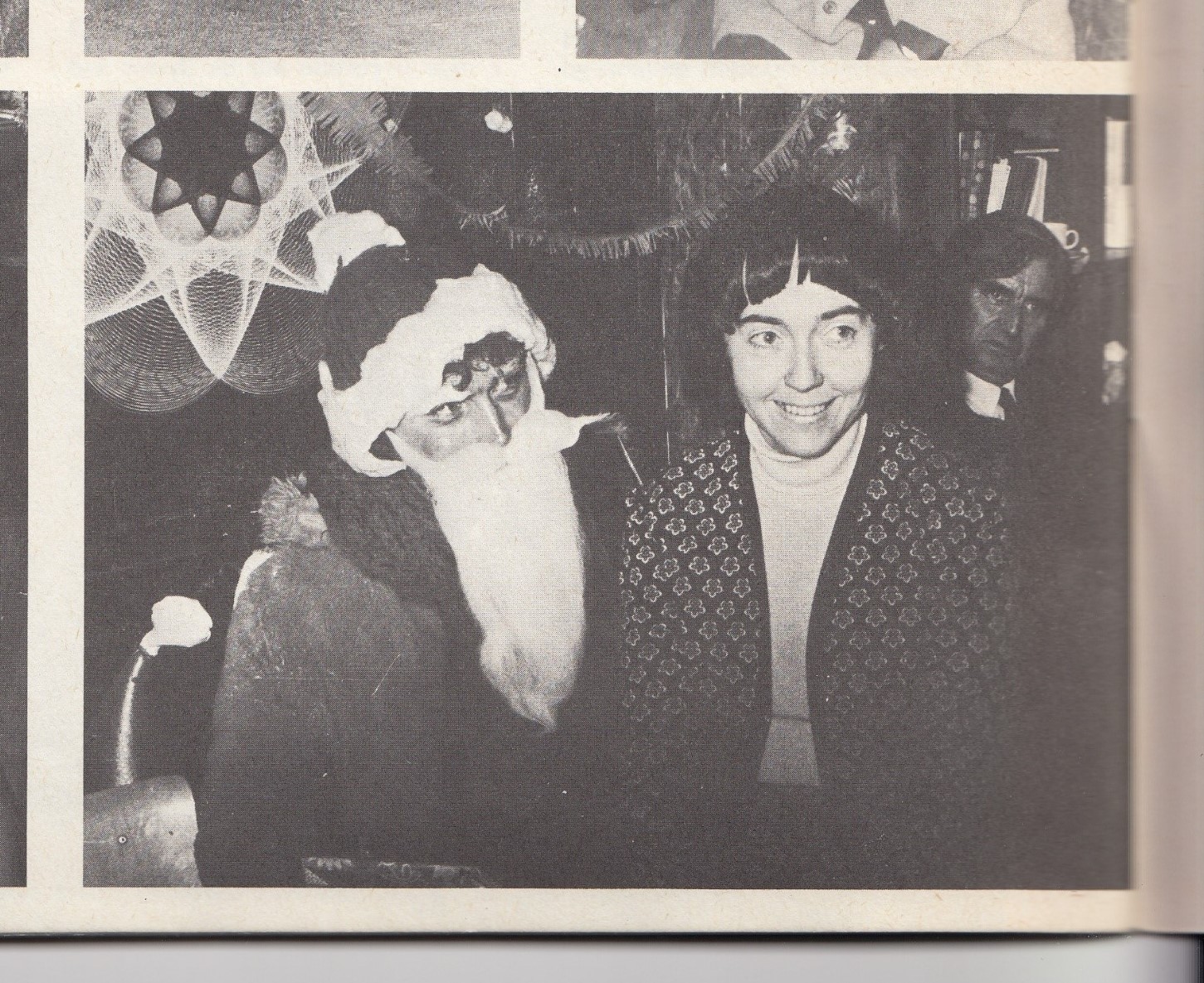 Christmas at the English School 1972

I have very fond memories of a Christmas celebration held in the English School of The Hague in 1972. I had arrived, with five other newly appointed teachers, in the previous September. As the total number of Senior School teaching staff was just 14 we were a group of some significance. How were we going to fit in? How good were we going to be a tour job? What we didn’t know at that time was that the previous year there had been certain ‘difficult’ and even unqualified members of staff and the atmosphere in the staff room had been prickly. A new school Principal had done some sweeping clean and contracts had not been renewed. Some of our little group were replacements. So there was much at stake.

And how well it turned out. We all got on excellently with one another and with Bob Carrington, the Headteacher. The atmosphere in the staff room changed and this had an effect on the whole Senior School, to the extent that towards the end of term, as Christmas approached,the Sixth Form did something most unusual for those days – they invited the staff to their party. One of them, clad in a splendid Father Christmas outfit, summoned all the members of staff, one by one, including the Principal, to receive their present. But in order to receive it they had to sing a song. That was fine for someone like Bob who had been a choral scholar at King’s College, Cambridge, but at the other end of the scale there were those who pleaded total tone deafness and were let off. The others did their best. I remember a traditional dirge sung by Sham Verma, the Indian lab technician – an early brush with cultural diversity. There was a tense moment when James invited the Principal, Cornelius Buckley, a very strict and old fashioned gentleman, to step up for his gift. The student dared to say, “Neil Buckley, you have been a naughty boy this term and I’m not at all sure I’m going to give you a present.” For a moment there was a holding of breath around the room, but fortunately it gave way to a burst of laughter and all was well. And then Mr Buckley embarked on his version of “I’m dreaming of a White Christmas.” Well, at least he tried.

The next day, as term drew to a close, Bob Carrington invited us all to stay behind in the staff room. We sat there in a pleasant warm glow, talking about the term that had passed, and Bob thanked us all for having made his job so much more agreeable. Years later I came across a letter to the Principal in which Bob had written, “The atmosphere in the staff room has been completely different. We have at last a staff who are not only highly competent professionally but also a group who have grown quickly to like and respect one another.”

Two of us newcomers – Phil North (Maths) and Rob Stanley (Physics) – returned to the UK after a few years,  but the remaining four – Richard Cunliffe, Jane King, Sham Verma and Mike Weston – between them gave over 160 (sic!) years of service to the school. How little we could have suspected on that cold December day what wonderful and worthwhile years lay ahead of us.

In case you missed it, you can read another Stories from the Archives related to this one: The Dream of Three Ladies